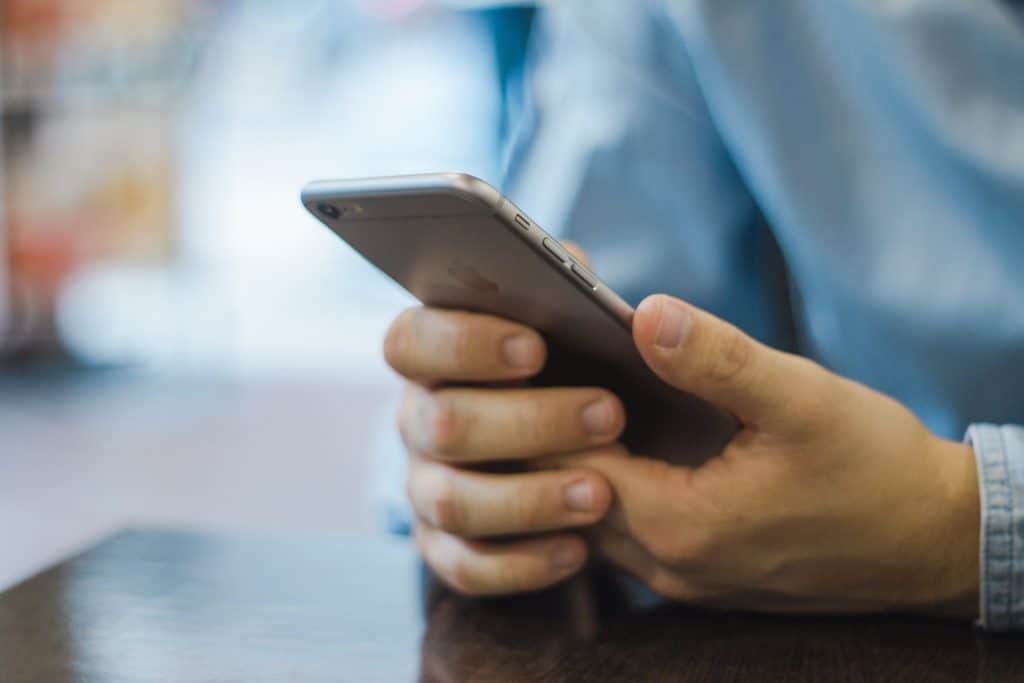 Observers were impressed when the number of mobile health apps reached 100,000 in Q1 2014. Today, that number has more than tripled and stakeholders within the health industry are embracing mobile health solutions.

That’s according to a 2017 report from Research2Guidance, an advisory and market research company focused on the mHealth app ecosystem. For the past 8 years, Research2Guidance has published an annual report that explores developments in digital health. The report describes how successful mHealth app publishers are operating, how the market is changing and where mHealth is headed.

While the early hype around mHealth has slowed down, the market for health apps is still growing and changing fast. The 2017 report provides a useful retrospective on the 10 years since Apple launched its App Store and paved the way for mHealth as we know it.

Here are 11 takeaways from the latest Research2Guidance report on trends in mobile health apps.

The market for mobile health is still growing steadily. In 2017 there were 325,000 health apps – including health & fitness and medical apps – available on all major app stores.

2017 was the year when health app growth was first fueled mostly by new Android apps. The number of Android apps grew 50 percent from 2016 to 2017, compared to a 20 percent increase in iOS health apps within the previous year. Android has now overtaken iOS as the number one platform for health apps and has the most mobile health apps of any app store. 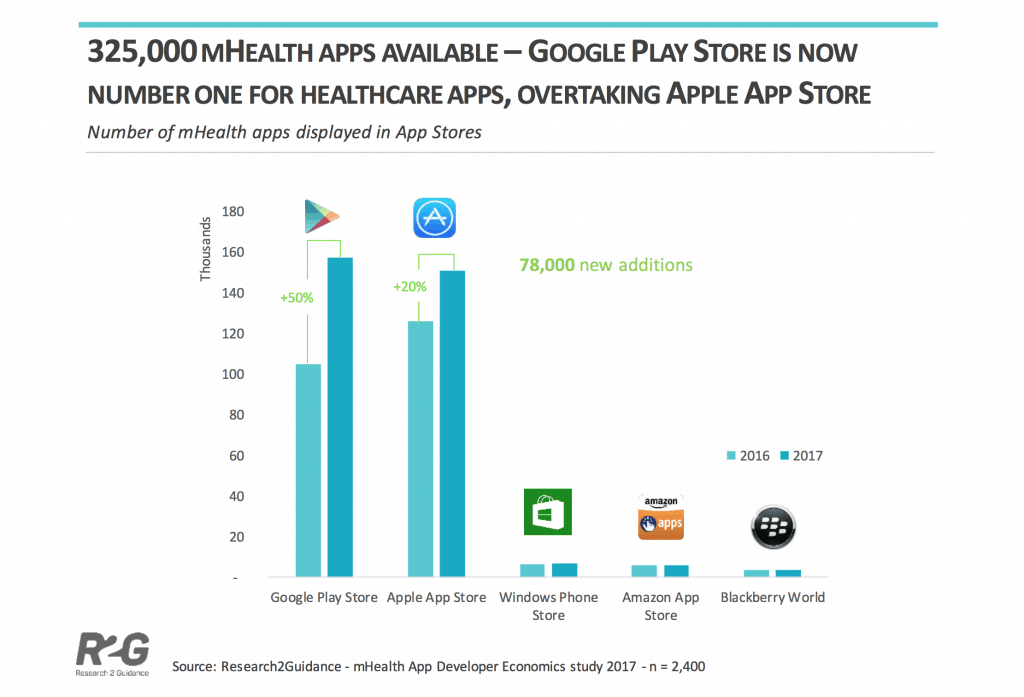 The growing number of apps was fueled by a 45 percent increase in app publishers since 2016. In 2017, more than 84,000 app publishers were developing apps for the medical and health & fitness market.

6. Gap of demand and supply widening

While there are more mobile health apps and publishers than ever before, growth rates for downloads have slowed compared to several years ago. Research shows that most people with smartphones use less than 20 apps, so getting new downloads can be tough. With more developers and slowing download rates, the gap between health app demand and supply is widening. 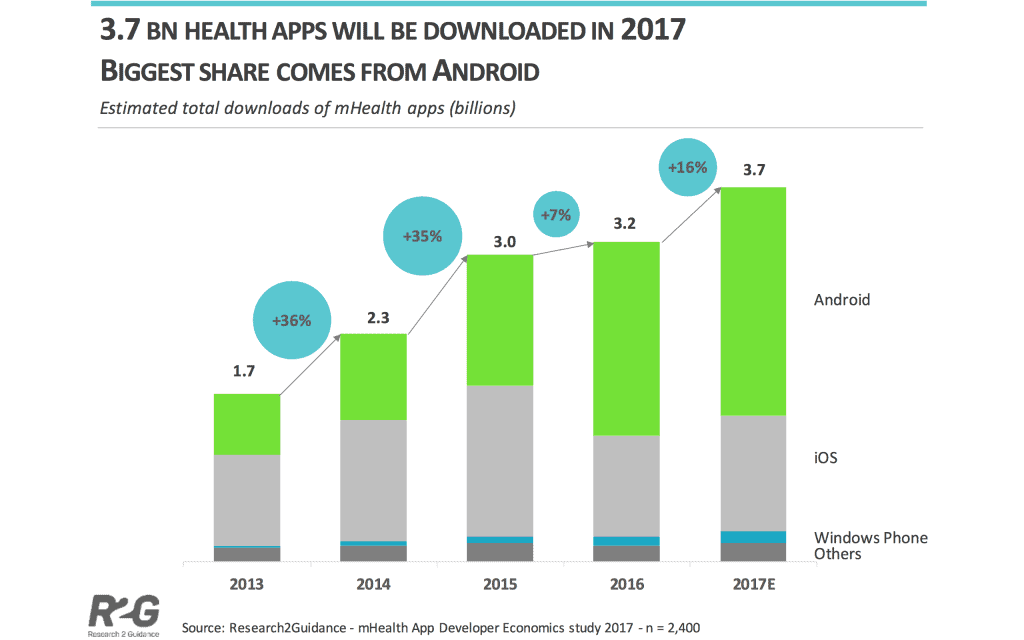 In addition to a growing number of app publishers, the market for mHealth apps is fueled by the growth of start-up companies. These startups are fed by early-stage investments from accelerators, incubators and Venture Capital Firms. Early stage investors invested approximately $5.4 billion globally into digital health start-ups in 2016.

According to 2016’s year’s survey, nearly one in five app developers (18 percent) said that strict and often complex regulations are one of the biggest reasons for the slow development of digital health solutions. But a 2017 FDA announcement initiated a new paradigm in how digital health is regulated in the US. The agency’s Digital Health Innovation Plan shifts the regulatory process so that entire companies, rather than individual digital products, can be approved. This pre-approval of selected companies could speed innovation and serve as a blueprint for other countries.

9. Insurers are the #1 future distribution channel

Over half of digital health practitioners (53 percent) said health insurances would be the best distribution channel for new health apps in the next five years. This has changed since 2010, when respondents said hospitals and physicians were the best way to get health apps in the hands of users. In 2016 the answer was “app stores.” 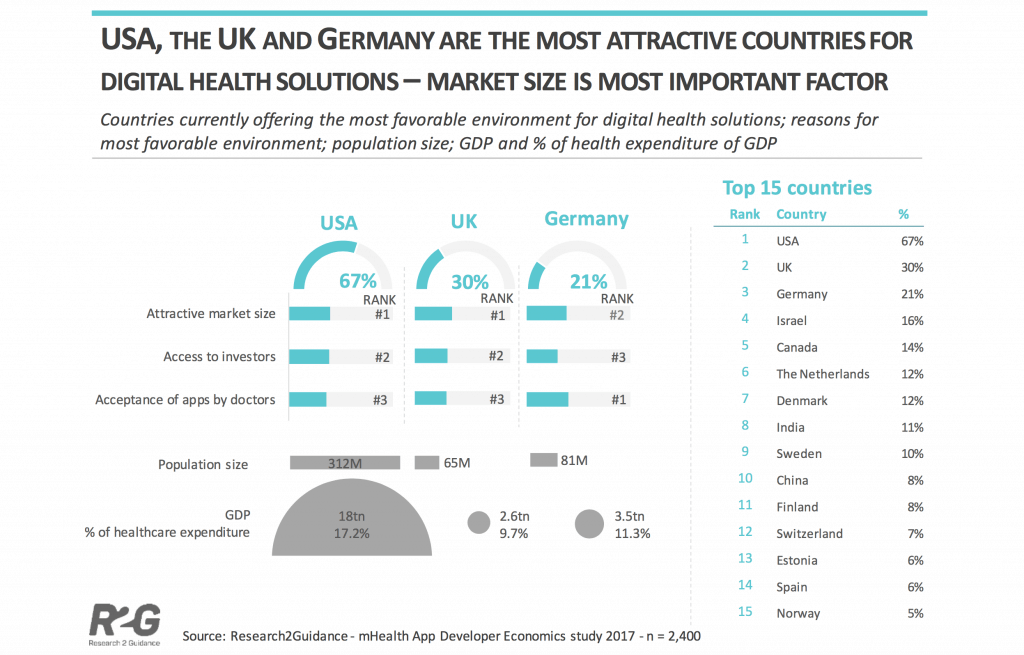 About one-third of the digital health industry is occupied by purely digital market players – mHealth app companies and accelerators or incubators with “digital-only” business models. This was the largest group of respondents to the Research2Guidance Survey, followed by traditional healthcare stakeholders including medical device companies, pharmaceutical companies, health insurers, hospitals and telehealth services. Many traditional healthcare companies are using mobile health solutions as a digital extension of their core business.

When it comes to digital health markets, surveys show that size matters. The US and UK were ranked as the most attractive places to develop mHealth apps because of their “market size,” “access to investors” and “acceptance of apps by doctors.” Germany was ranked third. While app publishers tend to pick their own country as attractive, the US was still clearly ranked as the leading country when it comes to favorable digital health environments.