Where did #FlattenTheCurve come from?

The flatten the curve gif was posted on March 8, and by the end of the week it had made over 4.5 million impressions on Twitter. But if you’re just catching up on the phenomenon, you might have some questions. What does #FlattenTheCurve mean and where did the gif come from?

The #FlattenTheCurve gif was popularized by a New Zealand microbiologist for an article published on March 2020 in The Spinoff. But before we look at the origins of the image, let’s explain why epidemic curves help us understand the coronavirus. 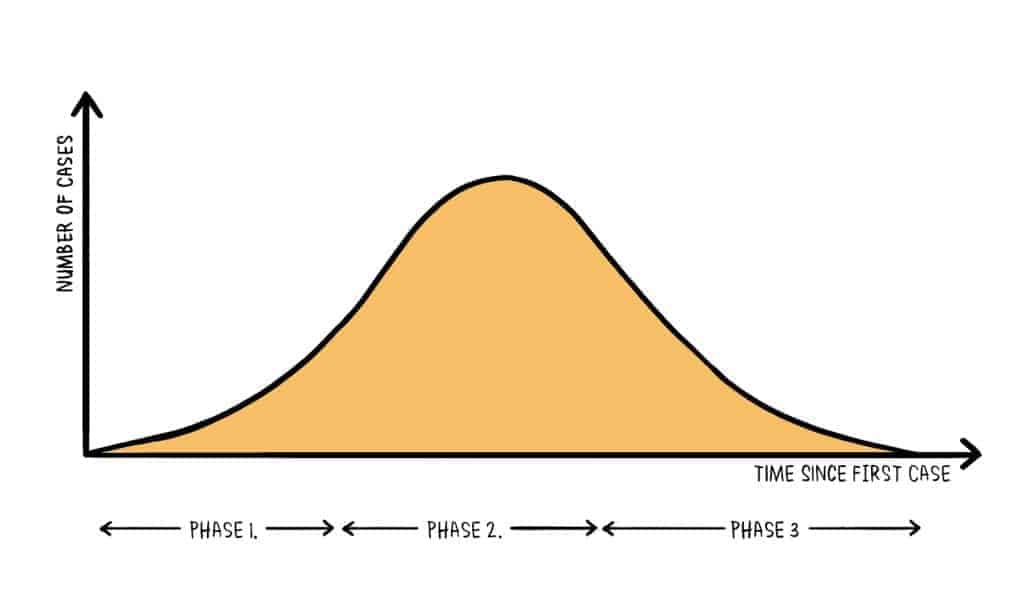 The epidemic curve is a visual way to understand how COVID-19 could play out. It’s a simple graph that shows the number of cases over time. Author Siouxsie Wiles, who envisioned the now-popular gif, explains the curve through three phases:

Understanding the epidemic curve helps us see that Phase 2 of COVID-19 could take two possible paths.

In the first scenario, people go about their lives as usual. There’s a “Whatever, it’s just like a flu” kind of attitude, which speeds community transmission. A high number of cases overwhelms healthcare system capacity, which makes the disease even harder to control.

The second option is a “flatten the curve” scenario. Everyone takes precautionary measures like regular hand washing, avoiding face touching, and social isolation. This slows the spread of the coronavirus. In turn, the healthcare system can respond more effectively by treating people as cases arise. Fewer people get sick and we buy time for a possible vaccination.

The basic strategy behind flattening the curve is this: spread the number of people who contract the disease over a longer period of time. If we do this effectively enough, there are more likely to be enough hospital beds and resources to care for everyone who gets sick.

Where did the #FlattenTheCurve gif come from?

Flattening the curve isn’t a new concept, but it did recently emerge from obscurity. Let’s look at the evolution of the #FlattenTheCurve gif, from a 2007 CDC paper to the March 2020 Twitter buzz. 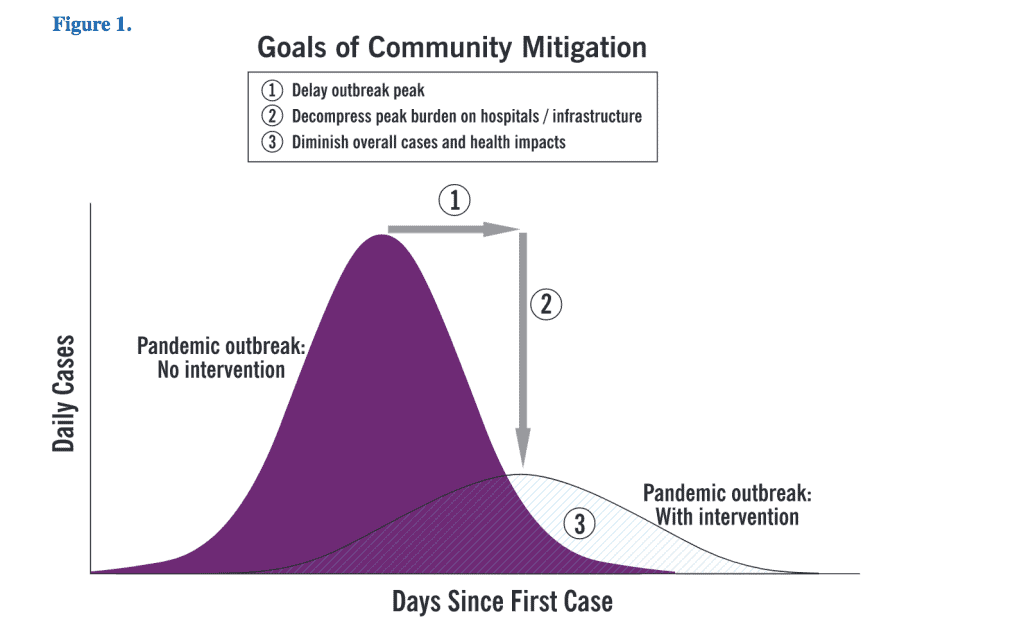 The original CDC graph appeared in a 2007 paper about “non pharmaceutical interventions for pandemic influenza mitigation.” The paper offered pre-pandemic planning guidance in anticipation of events like COVID-19.

Pearce revises for The Economist

Data visualization journalist Rosamund Pearce updated the graphic for an article about COVID-19. The article was published in The Economist on February 29.

Professor Drew Harris remade the original CDC graphic with one important addition: a line showing healthcare system capacity. The line is a “fully theoretical invention,” according to Harris, but it sparked a lot of discussion online. While the position of the line is speculative, it helped people understand why flattening the curve is important. Protective measures could avoid overwhelming health care system capacity, ultimately allowing for a much more effective response.

New Zealand microbiologist Siouxsie Wiles created the first flatten the curve gif with help from illustrator Toby Morris. Wiles’ goal was to make the concept accessible to a broad audience, and it worked. Morris brought the image to life by illustrating two outbreak scenarios, which directly reflect two different attitudes the general public is taking.

From #FlattenTheCurve to #StopTheSpread

Siouxsie Wiles elaborated on the original gif with a new version called “stop the spread.” This version emphasizes the need to act early with a strong collective response, even before cases arrive in your community. The gif urges people to wash their hands, work from home, restrict travel and cancel events.

As with many things on Twitter, there have been some creative spinoffs of #FlattenTheCurve. For example, #CattenTheCurve is now trending. 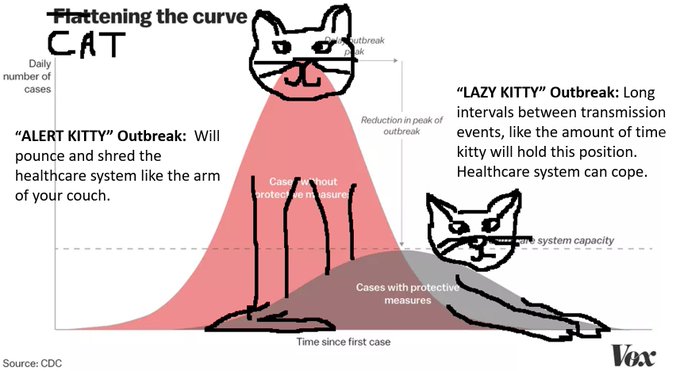 As with all things on Twitter, popular spinoffs have emerged (credit: Anne Marie Darling)

Is your smartphone a coronavirus risk? Tips for healthcare workers