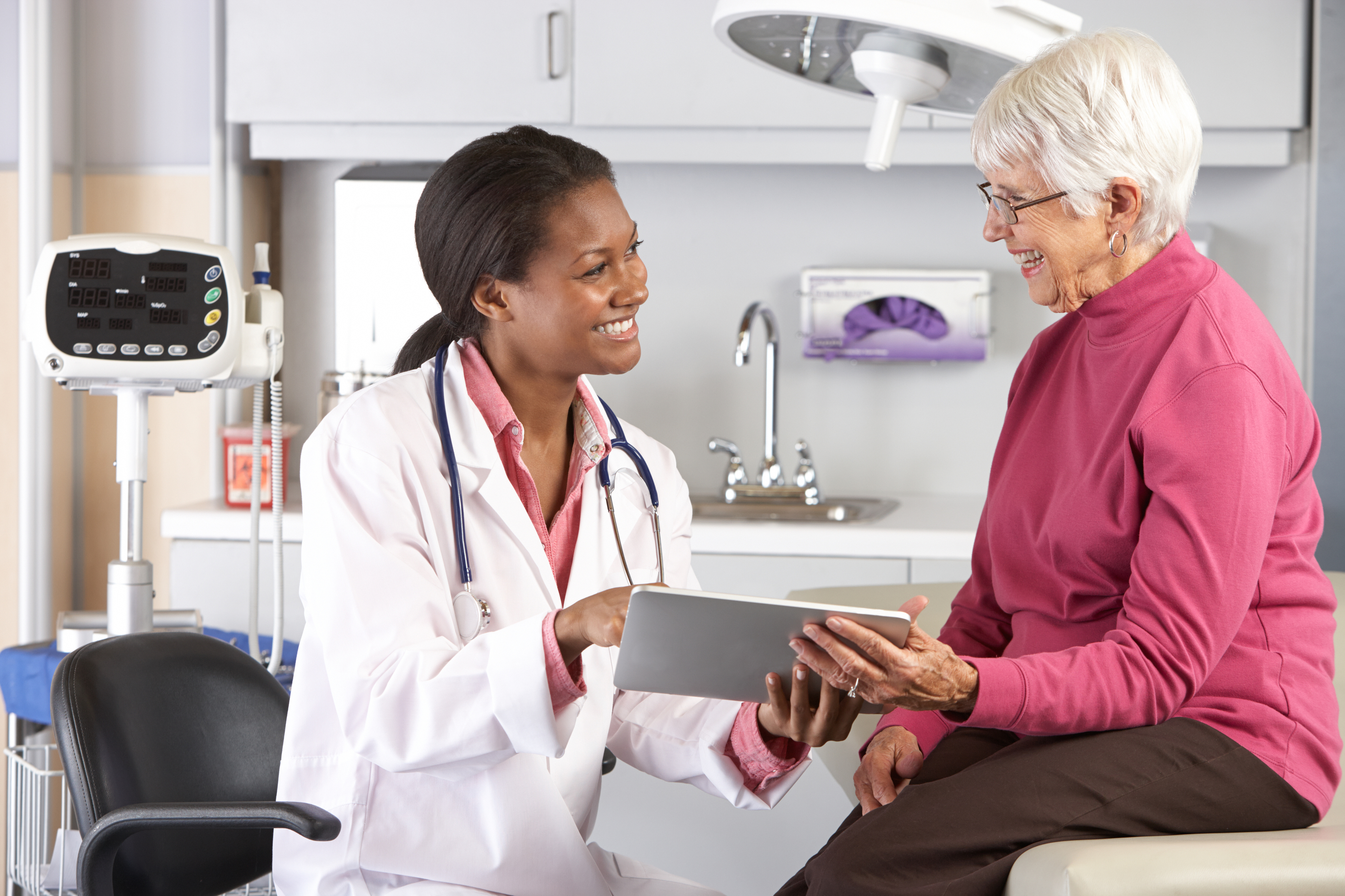 Medicine is changing fast. In just the past decade, healthcare has been digitized and health IT plays a bigger role than ever. Nearly every physician is using electronic health records, requiring novel workflows and new approaches to patient visits. Physicians have noticed that how they spend their work hours is changing. But are doctors spending less time with patients?

The short answer is “no.” While it’s hard to pin down a meaningful average for something like patient visit times, studies indicate that doctors have spent roughly 13 to 24 minutes with patients for at least the past three decades.

Data from the 1990s reveal some debates about the average time physicians spend with patients. Surveys from those years placed the average around 17 minutes, but competing studies claimed the real number was closer to 10 minutes. Other research found that physicians and their staff tend to overreport patient visit times by about 4 minutes, on average.

2018 data suggests that most U.S. physicians spend between 13 and 28 minutes with patients. About 1 in 4 spend less than 12 minutes, and roughly 1 in 10 spend more than 25 minutes. All in all, it seems like doctor-patient time isn’t changing substantially. 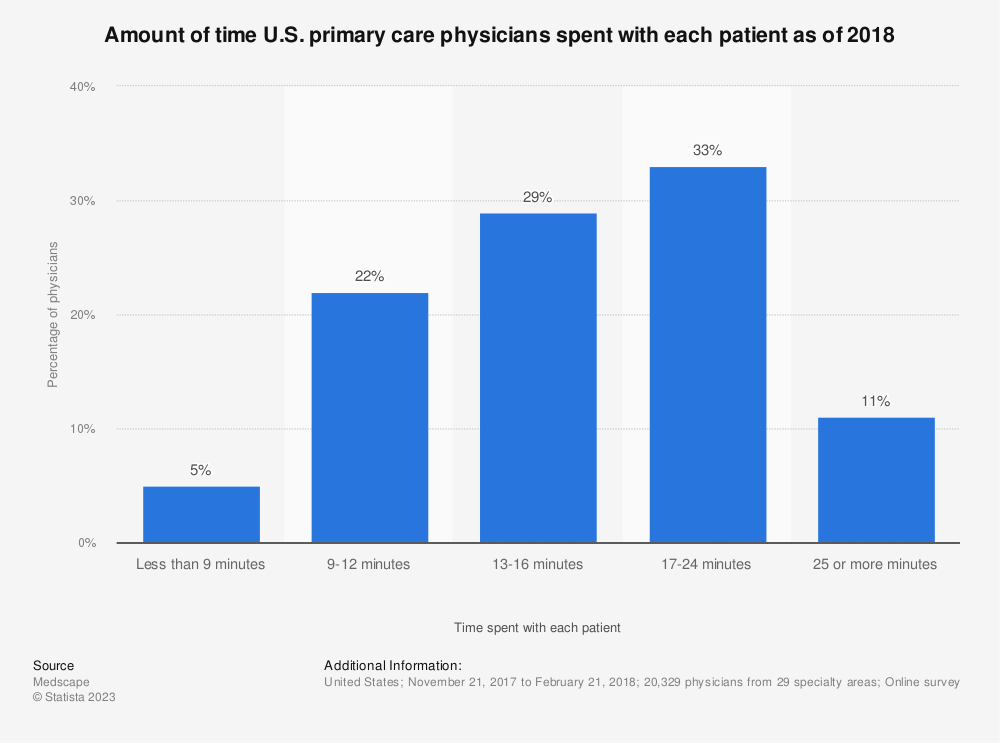 Have EHRs changed the length of patient visits?

Most of the recent U.S. data comes from Medscape’s annual Physician Compensation Report, which surveys about 20,000 doctors about things like their salary, hours worked, and time spent with patients. Presumably their survey would register any notable changes to how long doctors are spending with patients in each visit.

The reason this number hasn’t dropped is probably that doctors enjoy interacting with patients. Gratitude and relationships with patients is the aspect their job that doctors say is most rewarding (closely followed by “being very good at what I do”). Research shows that when limits are put on time with patients, physicians experience less job satisfaction.

“It’s true that doctors want to spend more time with patients. But it’s not patient visit times that are changing. It’s everything else.”

Longer visits are also connected to positive patient outcomes. When patients get more time with doctors, they tend to be more satisfied with their care, experience reduced rates of medication prescriptions, and be less likely to file malpractice claims.

So what’s the problem?

If doctors aren’t spending less time with patients, what’s the problem? Physician burnout is skyrocketing. It seems like more and more doctors are seeing a gap between the values that brought them to medicine and their day to day reality. So where’s the disconnect?

Patient visit times are about as long as they’ve always been. It’s the rest of physicians’ work days that’s changing. Doctors are spending more time than ever on documentation and administrative tasks, leading to dissatisfaction and professional burnout.

Here’s the number that’s shocking: 70 percent of physicians now spend over 10 hours per week on paperwork and administrative tasks. In 2017, that number was 57 percent. In 2014, it was roughly one-third.

So it’s true that doctors want to spend more time with patients. But it’s not patient visit times that are changing. It’s everything else.